Over half of Queensland’s $48 billion building sector is insolvent with some firms losing up to $40,000 on each job, claims an industry group.

More than half of Queensland’s $48bn building sector is insolvent with some firms losing up to $40,000 on each job.

The Association of Professional Builders said the imminent collapse of Privium Group, one of the largest home builders in Australia, could presage more liquidations across the sector in the months to come.

Privium last week stopped work on its Queensland building sites and warned that supply issues, price increases and lockdowns have had a financial impact on the company.

“Privium is just the tip of the iceberg,” says association co-founder Russ Stephens. “Once one of these big builders goes under more usually follow.” Mr Stephens says builders were on razor thin margins before the pandemic but are now losing money due to rising material and labour costs. “Builders now are losing between $20,000 and $40,000 on each job,” he says.

He says the Queensland Building and Construction Commission (QBCC) realised the industry was in dire straits but was not taking adequate steps to oversee the finances of companies. Many building firms did not realise they were unprofitable because projects were typically “front-loaded” meaning they were paid before work commenced.

“They may get a 5 per cent deposit and then 15 per cent of the contract price for the foundation before they need to spend any money,” says Stephens. The problems come at the end of the job when subbies and other contractors need to be paid. “It’s like a Ponzi scheme that collapses because there is not enough new money to replace the old money.”

Queensland Chamber of Commerce and Industry boss Stephen Tait is quite literally heading off to greener pastures. Tait will take up a new role as chief executive of Maleny Dairies in February after nearly a decade at the head of the state’s peak industry body. Tait (illustrated) says he is delighted to be working with an iconic Queensland company on sustainability and future growth opportunities.

The Hopper clan have been dairy farming on the rich land around Maleny since the 1940s but a restructure of their operations following industry deregulation two decades ago set them up as one of the most successful locally owned dairy brands in the country.

Tait, a proud Scot who has been known to don his kilt for special occasions, is the first chief executive to be appointed by the company that has largely been operated by the family since its inception. Maleny Dairies has been a rare bright spot in the industry that has suffered an exodus of farmers in the past 20 years. At last count the number of dairy farmers in Queensland has slipped below 300 from 1545 20 years ago as foreign owned processors continue to import milk from Victoria. It’s important to buy local!

Brisbane-based digital lender WLTH has sealed a six-figure, multi-year partnership deal with a sport that has been likened to Formula One on water. WLTH, founded by serial entrepreneurial brothers Drew and Brodie Haupt in 2019, will partner with Australia SailGP, the sport’s reigning champions, in the deal that also will see WLTH invest in beach and coastal clean-ups.

SailGP has been described as the most exciting race on water involving hydro-foiling F50 catamarans flying at speeds approaching 100km/h.

WLTH co-founder Drew Haupt says that growing up on beaches in Australia, he and his brother were huge fans of sailing. “SailGP has set a new standard in the world of sports by putting purpose and impact at the core of their DNA,” he says.

The announcement comes as Australia prepares to host the next leg of the championship on Sydney Harbour next month. 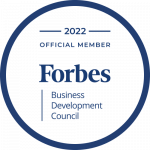