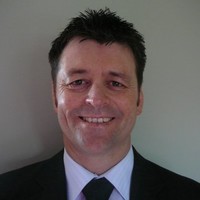 The best part of the APB Mentoring Program for me so far, is that it’s given us confidence that we’re heading in the right direction. That’s probably been the biggest factor for me.

And whilst it’s been three or four months now, I can’t believe it; I’m really surprised and really happy with the sales process we’ve got in place now.

It’s made a significant difference, but I would say that I’m still amazed at the tinkering and ongoing changes that I’m making to really refine it for us. So, yes, I think in summary, it’s the confidence heading forward and the sales process.

Our Confidence Has Increased & We Now Have Processes

For me, those two things being confidence and sales, and how they’ve affected the business. I think having that little bit of confidence has really helped because we definitely had some concerns there.

We’ve been working really hard in the last two years and it felt like a duck underneath the water: going hard out, but nothing was really happening on the surface.

But after the effort we put in, now we’re actually starting to see the results and that’s making us happier. We haven’t quite started seeing the financial results yet, but things clearly take time. The exciting thing is we’re starting to see a pipeline growing. So, for me and the directors, we’re confident that we’re heading in the right direction.

The Overwhelm Has Lifted

The good things I am getting is Andy helping out with templates, etc, and just giving us some advice on where to start.

Whereas before, we had nowhere to start. So that’s been a huge help.

The second thing is just taking little micro steps instead of panicking and going, “Far out. I’ve got this mess of a behemoth sales process I need to do.”

Literally, Andy’s been helping us go, “Let’s just break each step down at a time.” And again, it’s a little bit of that confidence thing.

You just knock one thing off at a time. And then in two months’ time, we look back and go, “Far out, we’ve come up with these five templates. We’ve now got these process steps.”

Now when people come to me in a panic, and they’re saying, “What do we do with sales?” I just go, “Look, refer to the process, but don’t worry about the 30-page process we’ve come up with so far. Just look at these two pages and let’s just focus for this particular customer on that particular step.”

Now Our Customers Are Already Advocating

Now we are getting positive traction and the customers that are working with us are giving us really positive feedback. We haven’t even signed them up yet, but they’re already advocating to other people, “Hey, I’m having a really positive experience with MH Builders.”

And obviously because I’ve been a big implementer of the sales process and working with Andy, clearly, that’s just giving me more confidence just to carry on, ticking away at them and working really hard.

I’m still working on the sales process and still doing those micro steps and working our customers through.

I think we’ve got about five in the pipeline now, all at various stages. And at each stage again, it’s helping me just refine that process and go, “I think we can improve it a little bit better there,” or, “I think we need a template here.”

It’s that ongoing process improvement. And the second biggest thing for me is financials and controls. And I’ve still got concerns around those, but the good thing is that again, I’m working with Andy and each time Andy takes us through, “Look, we need to have a look at this now.” I get a little bit apprehensive, but then when I see what Andy’s doing, I can almost feel a little bit of the stress level has come off my shoulders to go, “Right, no I totally get that. That makes complete sense.” So already I’m feeling more comfortable with it.

Whilst we haven’t got the controls in place, we’re heading in the right direction. I would already say that in six months’ time from here, I’d be really comfortable with that, we have got a business and we’ve got really good basic financial controls to know that our business is healthy and we’re not just guessing and hoping that it’s going to be healthy.

APB Has So Many Different Resources To Tap Into

Some of what Andy has taught us has been difficult or challenging, but Andy’s always there, whether it be via email or when we catch up on the calls.

There are so many different resources to tap into with APB. My approach has always been I’m going to give it a go, give it a go without asking for help. And nine times out of ten, that’s actually been sufficient, but I always know in the back of my mind, that Andy’s there and if I have to, I’ll flick Andy off a quick email. He’ll come back to me and then I go, “Oh geez. Okay, it’s as simple as that. No worries.” And then we just go forward from there.